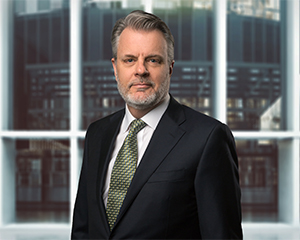 Ken Crump has been a trial and business lawyer for 35+ years in matters pertaining to contract disputes, employment issues, construction law issues, business torts, breaches of fiduciary duties and compliance with the Federal Medicaid Act. He has conducted jury trials and non-jury trials in both state and federal courts and arbitrations in private forums.

For 20 years, Crump served as an Adjunct Settlement Judge for the United States Federal Court for the Northern District of Oklahoma. He was selected and trained by the Court to serve as a court-sponsored mediator in various types of federal cases. He has conducted over 80 mediations in cases involving claims of breach of contract, employment discrimination and other civil rights violations, and insurance bad-faith. He has also completed additional training in Congregational Peacemaking: Managing Conflict and Congregational Change from the Straus Institute for Dispute Resolution and Lipscomb University Institute for Conflict Management and the Straus Institute for Dispute Resolution Program on “The Art of Facilitating Dynamic and Difficult Groups”.

Core areas of practice and experience

Boards Of Directors and Volunteer Service

We will respond to your inquiry in a timely fashion. Thank you.